Why do people pretend they are ill? I am not talking about calling in a sickie at work or pretending we have a cold to get a bit of sympathy off our partner, but really ill, terminally ill.

Last week a local woman was charged with fraud for setting up a GoFundMe page claiming she had stage 5 Ovarian Cancer. Her husband set the page up and she was doing a daily blog about her cancer journey. It is unclear if she ever had Ovarian Cancer at all but it is clear she was not dying and was duping the caring, honest and trusting public out of their hard-earned cash for her own (possibly,selfish) benefit.

I have spent the past week wondering “Why would anyone do this?”. Not only is it a completely dishonest and generally disgusting thing to do it is something that is not sustainable. What would happen as time went on when people realise you were not dying . Would you make a miraculous recovery and put it down to alternative medicines and therapies ( as in the Belle Gibson case)? Or would you disappear with all the hard-earned cash from the caring community?

What I do not understand is the personality traits or thinking of the type of person who commits these frauds. Ovarian Cancer is a cause very close to my heart, not because I or somebody I love has had it but because I would never want somebody I love or any woman, actually, to have it. It is a quiet form of cancer, not easily detected and usually diagnosed too late for survival. The statistics are truly frightening. My daughter (through her pageantry system) is an ambassador for Teal Wings of Hope. This is a small Ovarian Cancer charity that was established by an amazing lady whose sister-in-law died from the disease. Its aim is to get the message out there and promote awareness to ensure all women are educated on yhe symptoms of this disease. 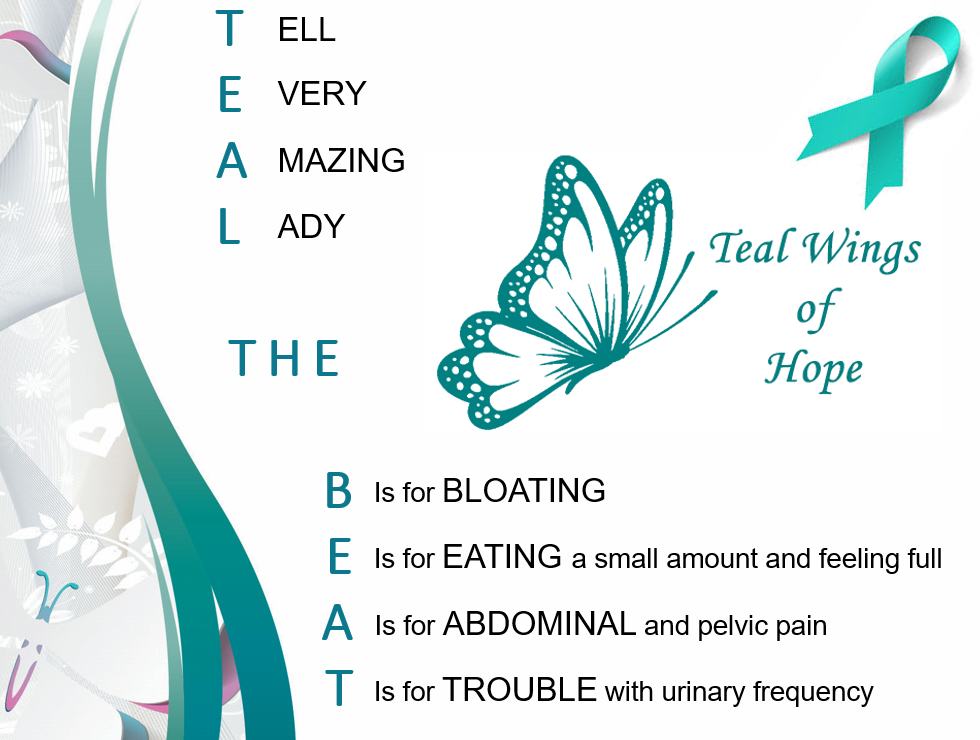 Every year we hold a High-Teal in Townsville to raise awareness about Ovarian Cancer and also raise funds to distribute between Teal Wings of Hope and Ovarian Cancer Australia. Through this event we have met several women who have been diagnosed with and survived Ovarian Cancer. To hear their stories and see their suffering just makes us want to raise the profile of the disease even more.

Ovarian Cancer has higher proportion of deaths than breast cancer and yet it is still relatively unspoken about. The World Ovarian Cancer Coalition has just recently undertaken a world-wide study on Ovarian Cancer with some alarming results. Over two-thirds of the women surveyed knew nothing about Ovarian Cancer prior to diagnosis. TWO THIRDS!

“Knowledge is power and through this we hope to liberate women and make progress in the statistics of women dying from ovarian cancer.” – Karen Sabarre founder of Teal Wings of Hope

The actions of this local woman could colour people’s perceptions of giving to charity, I would like to think not, but even so it will happen. Hopefully, with the story in the news and social media, it may start a conversation, bringing awareness about Ovarian Cancer to women who may never have thought about it before. If we could turn this bad news story into a good one, by educating and arming women with the knowledge about Ovarian Cancer, then we may have salvaged something.

Tell Every Amazing Lady the BEAT symptoms, it may just save their life.

we enjoy adventure, camping and fishing, and traveling around Australia enjoying all this beautiful country has to offer. View all posts by pozziesinoz

Forgetfulness, Fishing Firsts and Monsters From The Deep

Trip to the Tip (no, not the rubbish dump)

The Tip Well I guess any blog about Cape York would not be complete without a story about our trip to the Northernmost Point of the Australian Continent. We set out from Loyalty beach and took the back road (dirt tracks) up through small creek crossings and the beautiful Lockerbie Scrub to the Croc Tent. […]

Staying at Loyalty Beach and exploring the tip of Australia, fishing, exploring and sightseeing fun.

On the Hunt for Sooty Grunter

Bivouac Junction Holiday Camp is just outside of Charters Towers in North Queensland. The Drabbles and ourselves decided we needed to go for a weekend of camping and fishing so we packed up the tent, camper trailer and fishing rods and off we went. It was very dry and dusty when we arrived, but we […]

Before I start this blog, I would just like to point out 4 things that we learnt during this trip away: A dome tent was not made for marriage tranquillity (or for us either!). Listening to families getting together around a campfire, playing instruments and singing is much better than sitting on your electronic device […]